Spring is just around the corner, and for some of us that means it’s time to look for a new air conditioning system. Most people, when they’re looking for a new AC, will gravitate towards the traditional centralized forced air variety. That is not the only option you have, however. There are a number of different options available for climate control systems, one of which is geothermal. Let’s take a look at how a geothermal system works, and what it can do for you.

A geothermal system is a heat pump, but one that exchanges thermal energy between the home and underground instead of the outside air. It does this using a pipe loop, which is filled with water and buried at a depth of around 30 feet. The water is cycled from the pipe loop through the central unit in the home during operation. Like all heat pumps, a geothermal system can act as both a heating and cooling system. When in heating mode, the system siphons thermal energy from the water and releases it into the home. In cooling mode, the system vents heat from the home into the water before returning it to the pipe loop.

Advantages of a Geothermal System

At a depth of around 30 feet, the temperature underground remains at a fairly constant 30 degrees Fahrenheit. By tapping into that subterranean heat, the geothermal system gains access to a practically infinitely renewable thermal energy. A geothermal system remains energy efficient no matter how hot or cold it gets outside. By installing a geothermal system, you can keep your home comfortable all year round.

If you’d like to know more about the benefits of geothermal heat pumps, or would like to have one installed, call Sunset Air. We offer comprehensive geothermal services throughout Olympia, WA. 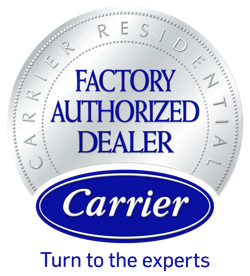